Bobo and the fuss

An epic tale of friendship found: Now available!
Order your copy for only $15.99

Bobo is a happy dog who lives with his humans and plays fetch with them all day long. His life is perfect until one day a tiny fussy human shows up in his house and steals all of the attention from Bobo’s humans. Bobo is determined to get rid of the Fuss, so he sets off on a journey to find a new home for this interloper. By the time they’re finished, Bobo finds much more than a new home.

Beautifully illustrated and masterfully written (according to the author’s mother), Bobo and the Fuss delights young readers with a relatable tale of finding friends where you least expect. 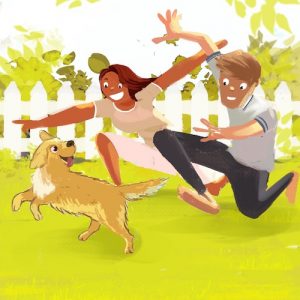 Thank you to all of our Kickstarter supporters!

Ammon Brown is not an author by profession. He is not a professional comedian, either. Furthermore, he is not a professional programmer. However, he does all of these things on the side for fun. Bobo and the Fuss is his entry into writing and publishing. The story was inspired when he brought his son home for the first time in 2013 and fretted incessantly about whether his dog, Bogey, would rebel against the new interloper. It turned out that they became fast friends and all was well. Five years later, Bobo and the Fuss finally became a reality when Ammon decided to finally put pen to paper, or pixels to Google doc if you will. Ammon is a dad of two now and enjoys camping, adventuring, and pillow fort building with his silly little kids. 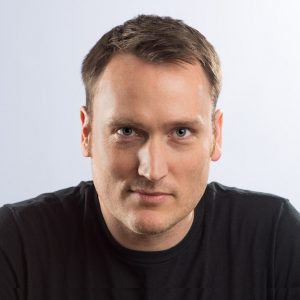